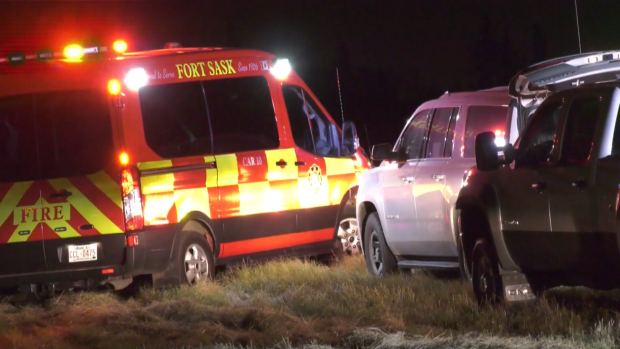 EDMONTON — One of the victims of a deadly crash north of Edmonton on Thursday night has been identified.

The Salisbury Composite Sabres have identified the teenage boy killed in the crash as Keithan Peters.

The team made a post honouring Peters on Saturday.

According to police, a 16-year-old boy and a 17-year-old girl from Sherwood Park were killed in the crash on Highway 21 near Township Road 542.

A 15-year-old girl from Fort Saskatchewan was taken to hospital with serious injuries.

The 45-year-old man was taken to the hospital as a precaution.

Police are hoping anyone who has dashcam footage of the crash will contact RCMP.