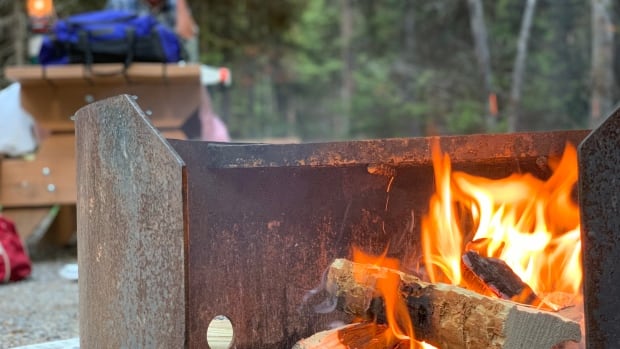 Despite a delayed start to the season, and capacity restrictions, Albertans flooded the provincial campsite booking system this summer.

According to data provided by the Ministry of Environment and Parks, there have been a net total of 265,624 reservations so far this year.

These numbers only reflect the bookable sites in Alberta’s provincial parks — many choose to camp on Crown land, forgoing fees, and reservations completely to luck out in Public Land Use Zones, and wildland parks.

Brandon Keating says camping is always a big part of his family’s summer plans. This year, things went a little differently. When it came time to book, and only 50 per cent of campsites opened up, the reservation system buckled under the pressure.

Even after 45 minutes of waiting to get through and reserve, Keating said weekend sites were snapped up and plans needed to change.

“We basically just had to kind of camp mid-week for most of the summer just because we weren’t able to get weekends,” Keating said. “Usually we try and do a weekend and tack on a day or two just to take full advantage of weekends, and not have to use up quite so much of our vacation time and lose out on a little bit of income to go camping.”

Once they got out to their campsites, Keating said things felt pretty normal — the stress was in the booking process.

Dan Overes says he’s been an avid camper in Alberta for more than 20 years now, and this is the busiest season he’s seen.

“Getting a site really comes down to luck, perseverance, and flexibility,” Overes said. “We found our destinations were dictated by what had availability more than anything. We also had to drive further away from Calgary to get a site than previous years.”

Some of that luck and perseverance meant waiting by the computer, refreshing the province’s reservation site hoping to pick up on a cancellation, or turning to private campsites.

Kerri Seguin said she had no issues booking sites for weekends two to three weeks ahead of time — she just had to be flexible. She started her season on the May long weekend at a private site.

“I did speak with a couple campground managers who did let us know that, you know, some of the sites had been reserved and people just weren’t showing up,” Seguin said. “I’m not sure what that was about, but we didn’t have any problems getting any sites and booking sites, that kind of thing.”

Work for Ken Sumner had slowed down so much he was able to get out with his trailer more than usual. He said it was more difficult to secure sites at some of his favourite spots, but it depended on the location and timing.

And, on top of his own camping trips, Sumner said he rented out his trailer for 30 nights.

Some of the people he set up camp for told Sumner they typically rent, others were first-timers and some were unable to buy a camper or trailer because of the demand.

“I think it shows the value of these parks … and the sites,” he said. “This is valuable, useful land. Let’s use it, let’s save it, let’s preserve it. And I mean, there is lots of use this year.”