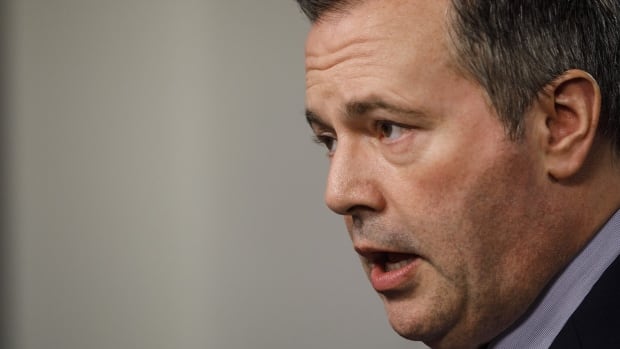 Alberta Premier Jason Kenney is scheduled to respond to the federal government’s throne speech at a news conference Thursday.

In a statement Wednesday — issued hours after Gov. Gen. Julie Payette delivered her address in the Senate Chamber — Kenney had harsh words for the federal government’s agenda.

He said there was nothing in the Trudeau government’s plan for the ailing oil and gas sector, an industry that has suffered thousands of job losses.

“Alberta is disappointed that instead of listening to Canada’s provinces, the federal government doubled down on policies that will kill jobs, make Canada poorer and weaken national unity,” Kenney said in a statement.

Kenney said the speech also failed to include commitments to increase federal health transfers to the provinces.

He said Ottawa needs to recognize the fiscal calamity Alberta faces and should give the province $6.5 billion in fiscal stabilization payments.

“Alberta has never asked for a handout. Instead, we are merely asking for the federal government to support our province in the same way that Alberta has supported Canada for generations.”

“But down here on Terra Alberta, there’s a whole lot wrong.<br><br>Regarding our economy, nothing was said.<br><br>The word “energy” appears 7 times, 5 of them relating to renewable, clean, efficient, etc. The words “oil”, “gas” and “oilsands” do not pass their lips.” <a href=”https://t.co/fBnJLZeX77″>https://t.co/fBnJLZeX77</a>

One of the pillars of the throne speech was a promise by the Liberal minority government to create over one million jobs through direct investment, wage subsidies and other skills and incentives programs.

The government also promised to exceed its goal of reducing greenhouse gas emissions by 30 per cent below 2005 levels and legislate Canada’s goal of net-zero emissions by 2050.

Gov. Gen. Julie Payette delivered the 150th speech from the throne in the Senate chamber on Wednesday. 2:25