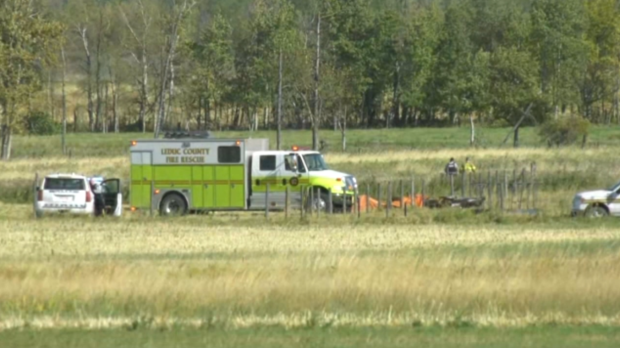 EDMONTON — A well-known aerobatic pilot has been identified as one of the victims in a plane crash near Thorsby Saturday afternoon.

Sources tell CTV News Edmonton that 59-year-old Ken Fowler and 48-year-old Hannalei Eder were killed when their Harmon Rocket plane was travelling from Rocky Mountain House when it went down.

Fowler was a prominent aerobatic pilot, who was well known at air shows around Alberta.

“Of course, Ken was a very skilled aerobatic performer, who’s performed all over Central America, Mexico, North America and doing fantastic shows for many years. And, Hannalei was just beginning in aerobatics,” said Pederson.

The Transportation Safety Board deployed a team of investigators to the crash scene Saturday afternoon.

Thorsby is about 70 kilometres southwest of Edmonton