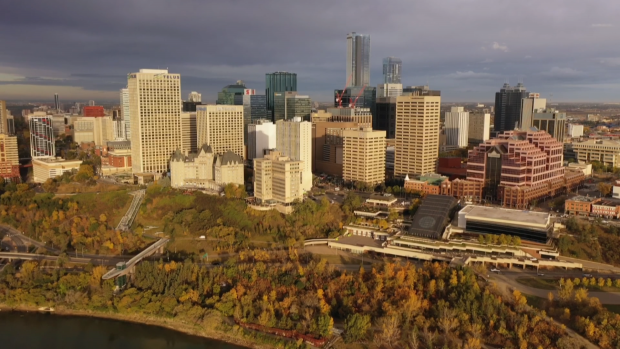 EDMONTON — Canadians are avoiding downtowns more than ever before the COVID-19 pandemic, according to a new survey.

Among the six urban centres included in the survey, Edmonton leads the way with three out of every four people surveyed saying they don’t like going to the city centre.

The results, released by the Association for Canadian Studies on Monday, suggests that the change could be destructive for businesses.

“The existing challenges confronting cities have grown exponentially as governments have ordered reductions in the size of [gatherings] and social distancing,” a release from ACS reads. “Such measures have presented considerable difficulties for businesses that depend on a high volume of circulation and therefore welcomed crowds.”

The study also found that women were more likely than men to avoid downtown.

The survey was conducted by Leger for the ACS between Sept. 18 and 20, 2020. More than 1,500 Canadians participated using a web panel.