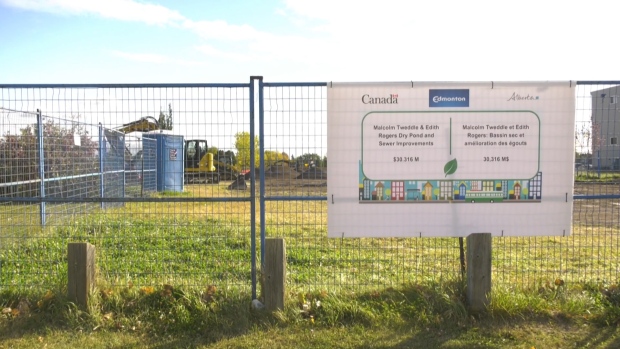 EDMONTON — Another apology plus a $30,000 donation is going to the amiskwaciy Academy after work crews were heard disrespecting an Indigenous smudging ceremony taking place at a public school last week.

Wilco Contractors Northwest Inc. has also fired one employee and placed an unknown number of others under review who were involved in the Sept. 25 incident.

“We apologize unreservedly to the students and staff who were hurt by these actions. We take full responsibility for what occurred, and we are taking concrete action to ensure this never happens again,” reads a statement signed by CEO Art Maat.

“The hurt experienced by the students and staff is front of mind for us, and we hope the actions we are taking demonstrate to them how seriously we take this situation.”

According to the public school board, workers were heard swearing, using racist language, and running equipment during a ceremony at Edith Rogers School on Friday.

Wilco had been subcontracted by Sureway Construction Group for the EPCOR dry pond project near Edith Rogers.

Maat said it was possible other jobs could be affected pending the review: “There was a lot of insinuation of things that went on onsite, and we’re still determining who was where at what moment.”

EPCOR, which had already apologized, issued another statement Tuesday condemning racism and thanking those who spoke up.

“Without their action, this conduct might have gone unaddressed. Their voices mattered,” the company said.

Both companies say they have done internal reviews, pausing work on the dry pond over the weekend to do so. Wilco says it will offer staff cultural sensitivity training, too.

amiskwaciy Academy is a program in Edmonton public schools whose academic programming is framed within an Aboriginal context. Students in the program can join ceremonies, spiritual events like sweetgrass purification, or Indigenous arts.