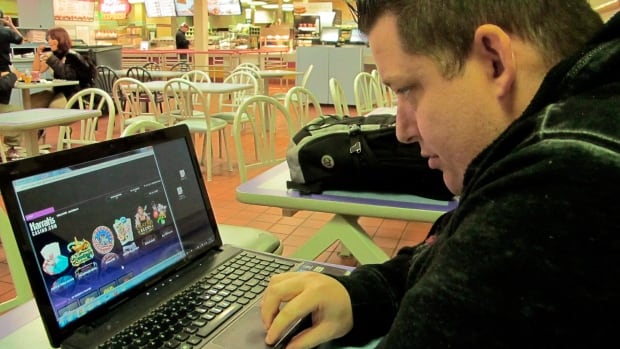 The player safety tools incorporated into Alberta’s new online gambling site are a good start, but the government still has work to do to ensure the site doesn’t create — or worsen — gambling problems among its players, says a University of Calgary professor.

Among the people most likely to gravitate to the new website will be curious non-gamblers and regular gamblers who currently frequent casinos, bars and bingo halls, said David Hodgins, a psychology professor who researches gambling addictions.

“A big effect is that the market increases. You have people who are already gambling in the province at land-based venues who will supplement their gambling by now gambling online,” Hodgins told CBC Radio’s Alberta at Noon on Friday.

The AGLC said it aims to attract Albertans who are spending an estimated $378 million annually on gambling websites hosted outside of the country.

“A lot of the people who are already gambling on offshore sites will continue to do so,” he said. “They may check it out and try the local sites and some of them will shift, but a lot of them won’t.”

Alberta, one of only two provinces that hadn’t launched online gambling before now, expects online gambling will bring about $150 million into general revenues over the next five years.

“We are the second-last province to get into this space and it’s because we really took our time to ensure … that when we got into that space, that we would do it in a very thoughtful and responsible manner,” Niaz Nejad, AGLC’s chief operating officer, said Friday on Alberta at Noon.

Tools are on the site in place to help gamblers keep their play in check, including “reality check”  messages that let you know how long you have been playing, the capability to set daily or weekly spending limits, a voluntary self-exclusion program and a call centre that is set up to help people recognize problem gambling behaviour, she said. Tools like these are not often found on other gambling sites.

“So you don’t know how long you’ve been playing. You won’t have access to win-loss statements.”

Hodgins supports the measures that AGLC has put in place but he’s keen to see the agency follow through with studies looking at the impact of the website. He also hopes promised enhancements to player protection will unfold as planned.

“One of the plans for the Alberta site is a very good plan, and that is to develop a statistical algorithm that will look at people’s play patterns and, based on changes in play patterns or extreme expenditures, will identify people who potentially are having some struggles,” he said.

“They won’t be cut off necessarily, but they will be invited to think about their gambling and perhaps reconsider their gambling.”

Last year, gambling in Alberta sent about $1.4 billion to the government coffers and $330 million was dispersed among 11,000 Alberta charities, Nejad said.

“I don’t think we’re under any illusion that anybody that was currently playing on unregulated gambling sites will completely play with PlayAlberta.ca,” she said. “But we hope that will be the case because of the enhanced responsible gambling, the secure age control environment and of course, the benefit to Alberta as a whole at the end of it.”