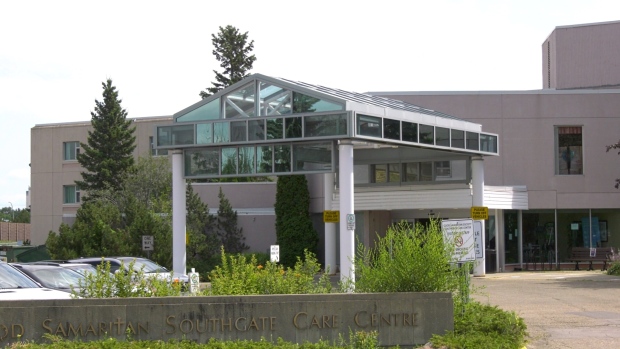 EDMONTON — A COVID-19 outbreak has been declared at a south Edmonton care home, mere weeks after an additional outbreak that killed 34 residents was declared over.

Two employees at the Good Samaritan Southgate Care Centre have tested positive for the virus, according to Alberta Health Services.

Due to the multiple cases, an outbreak has been declared for the second floor of the care home.

The first outbreak at the centre started in July. In addition to the 34 deaths linked to that outbreak, 45 residents and 33 employees got sick.

A class-action lawsuit was launched in August on behalf of residents of the centre and their families.