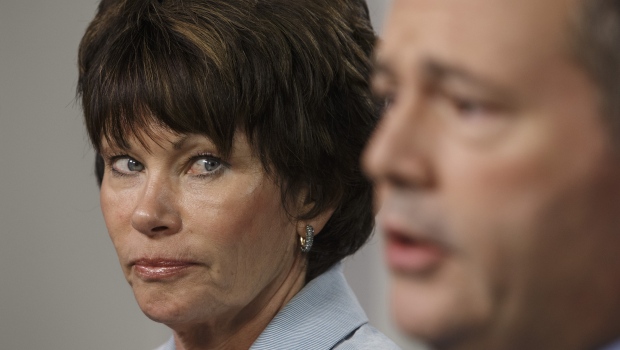 EDMONTON — The Alberta government says it will reveal a plan to expand the province’s natural gas industry on Tuesday.

ATCO CEO Nancy Southern will be there, as well as NOVA Chemicals’ director of sustainability Sarah Marshall.

According to government data, Alberta produces 66 per cent of natural gas in Canada. Just under half is consumed in the province: 17 per cent by residential and commercial customers, and 83 per cent by industrial, transportation, oil sands and electric power-generation and other industries.