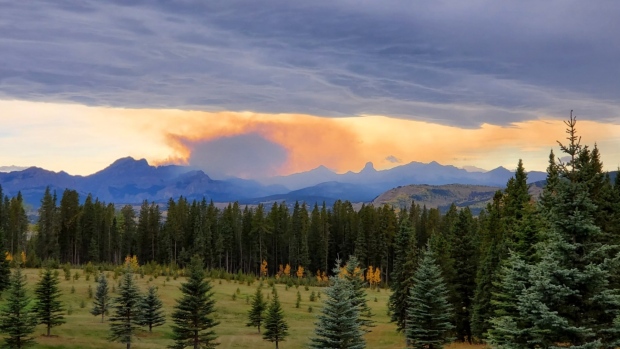 CALGARY — A state of local emergency has been declared in the Municipal District of Bighorn, in the foothills west of Calgary near the mountain parks, as a wildfire burns out of control.

As of Tuesday morning, the fire is situated approximately 20 kilometres west of the hamlet of Benchlands.

MD officials say the wildfire originated in the Forest Reserve at Devil’s Head, a fire which has been burning for weeks. The province updated the status of the Devil’s Head wildfire to ‘out of control’ on Tuesday.

According to Alberta Emergency Alert, residents in the following regions should prepare to evacuate the area on short notice:

Residents are encouraged to monitor the Municipal District of Bighorn website for the latest on the state of emergency.

The area around the Devil’s Head wildfire is now closed to the public while #ABWildfire crews fight the wildfire. The forest area closure is approx. 18.5 k ha, east of Banff National Park. The closure will remain in effect until it is safe to reopen the area. pic.twitter.com/JTav4F9y7C