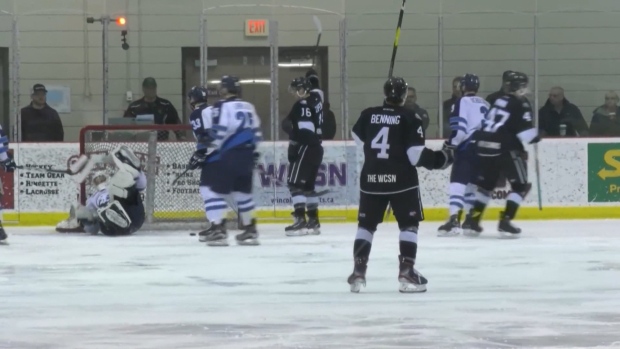 EDMONTON — The Alberta Junior Hockey League (AJHL) will be hitting the ice with an exhibition season on Friday, though restrictions on audience size have players paying to play.

“For everyone’s sake, mainly the players, there was a light at the end of the tunnel saying, ‘Yeah we’re going to be able to play some games,’” said Adam Manah, head coach of the Sherwood Park Crusaders.

The league is restricted to two-team cohorts, so the Crusaders will be starting their pre-season against Lloydminster. The two teams will play four games over the course of three weeks.

Fan attendance will also be restricted, only 100 people will be allowed in the stands at each game. In order to offset the financial loss from lower ticket sales, players have to pay to play this year.

“It’s most definitely strange. I mean you’re not really use to it,” said Tanner Fincaryk, a player with the Crusaders. “It’s been since midget that you have paid right? But, I mean I do understand, they got things to pay for.”

“It’s not the end of the world. As long as we’re playing we’re happy so if you got to pay a little bit, I mean that’s the price if you want to play exhibition games,” added Matt Savoie, another player. “I think it’s a thousand a month here, but it’s different for every AJHL team.”

The AJHL has not said for certain whether it will go ahead with a regular season. The league was shut down by COVID-19 in March.