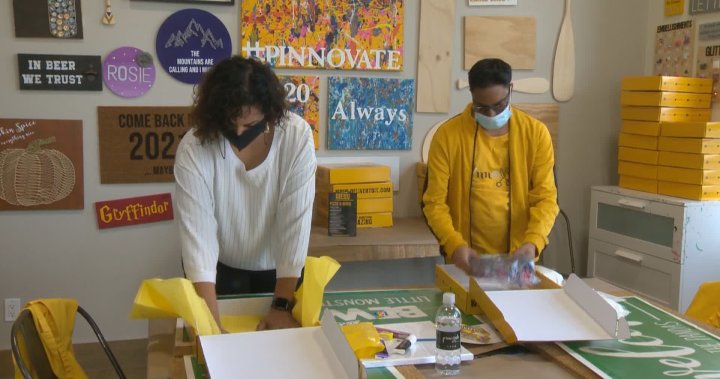 The growing number of confirmed COVID-19 cases in Alberta has lead to a growing fear among businesses that a second wave and shutdown could be on the way.

Respondents to a recent survey by the Canadian Federation of Independent Business (CFIB) said times are tough and could get even worse if a second wave were to hit.

“I think most small businesses would say their business would be devastated if another round of business restrictions were to come into effect,” Alberta provincial affairs director for the CFIB Annie Dormuth said.

The CFIB survey revealed 73 per cent of Alberta small businesses were worried about the uncertainty of a second wave.

Further results showed 60 per cent would not easily survive a second wave of government-mandated closures and restrictions.

“The first wave hit everybody hard,” Lally said. “A lot of businesses won’t make it through another shutdown.”

She told Global News the toughest part about everything that is going on is the unknown.

“We don’t know if and when we’re shutting down, what capacity that looks like,” she added. “It’s very difficult to plan for an unknown.”

Calgary city officials said Tuesday afternoon, they hope it doesn’t come to a second shutdown for the sake of small businesses and the overall economy.

Sampson and Calgary’s mayor said it’s ultimately up to Calgarians to decide what happens next.

Mayor Naheed Nenshi agreed: “Whether or not we flatten the curve or we’re at an uptick, what we need to do as citizens is the most important.”

Lally told Global News small businesses have done all they can when it comes to the health and safety of both employees and customers.

“We can only do so much. If and when we face another shutdown, I think all of our businesses are going to have to pivot and roll with the punches like we did the first time,” she said, adding that Pinnovate is now shipping its products across Canada.

As for being fearful of another shutdown, Lally said she’ll cross that bridge if and when it happens.

“I think we’re less fearful this time because we’ve been through it,” she added. “But it’s also scarier in a different way because it’s so catastrophic to our livelihoods.”

An Alberta business expectations survey recently done by the Business Council of Alberta also showed businesses expect economic conditions in the province will get worse before they get better.