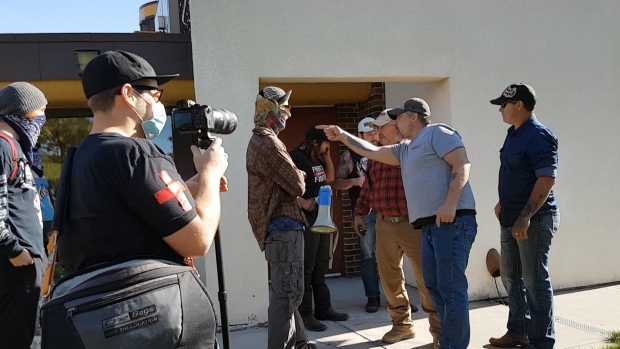 EDMONTON — One man is facing charges after an assault at a Red Deer anti-racism rally in September.

Trevor Lyle Roy, a 42-year-old man from Penhold, Alta., was charged in connection to the first of three incidents the RCMP are investigating.

RCMP have requested a summons to charge a second person with assault with a weapon in connection to the second incident that happened during the protest.

And investigators caught a third incident as they watched “dozens of videos from various angles and points of view.”

It remains under investigation.

Roy is scheduled to appear in court Nov. 17.