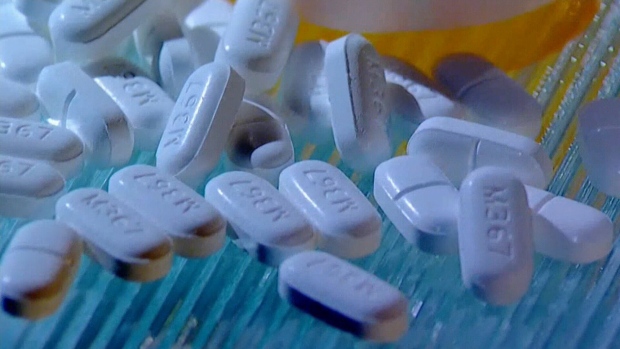 EDMONTON — “I would probably be dead without it.”

That’s what three Albertans who struggle with severe opioid use disorder said about the program they use to treat their addiction — but not for much longer.

Eleven patients are suing the provincial government for its decision to discontinue the Injectable Opioid Agonist Treatment (iOAT) offered at two centres in Edmonton and Calgary as overdoses see a spike during the COVID-19 pandemic.

Cynthia, who preferred not to give her last name, says her life was a mess before she entered the program; now she’s working part time and going to church.

Keitha Cote and Kevin Madsen also said they would be dead without the program. Cote began to use opioids when she was in hospital to treat a flesh-eating disease and for hernia surgery, while Madsen was homeless and spending all his money on drugs.

“Since joining iOAT, I have an apartment, I have a future, my health is a lot better, everything is just looking up,” Madsen said.

Their lawyer, Avnish Nanda, criticizes the provincial government for its decision to no longer fund the program.

Nanda and the plaintiffs are not after money; they want the Alberta government to reverse its decision and continue iOAT past March 2021.

“The close of iOAT will cause people to die,” Nanda said. “These deaths will be entirely preventable and a result of a provincial government who fails to accept the medical science around treatment opioid use disorder and iOAT in particular.”

iOAT was initially a pilot program started by the NDP in 2018. CTV News was denied an interview with Jason Luan, the associate minister for mental health and addiction, but his press secretary explained the UCP extended the program last March and will transition its patients to other clinics “with similar services.”

An iOAT doctor said those other programs are a downgrade. “Our patients have typically failed those treatments to come into our program,” Krishna Balachandra said.

“You go there and you’re seeing social workers, you’re seeing councillors, you’re seeing a general practitioner doctor for any other health problems you have. It’s not just to go and take care of your opioid. It’s for opioid-addicted people, but it’s everything.”

Nanda hopes the lawsuit will keep the program alive beyond March on the basis of human rights.