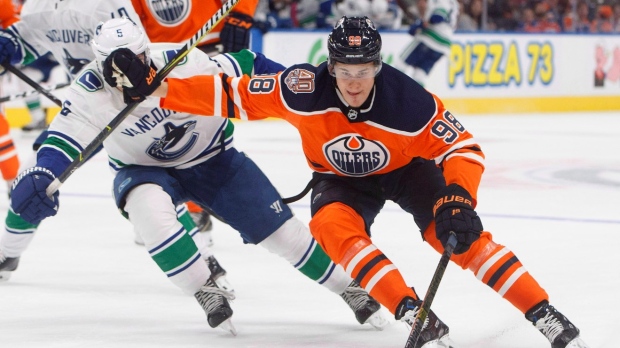 EDMONTON — It’s been more than a year since Jesse Puljujarvi seemingly left the team that drafted him for good.

The former first round pick asked the Oilers for a trade, and after not getting one, went to play in Finland.

But on Wednesday, he announced his return, signing a two-year contract for his second chance in Edmonton.

“I feel like I’ve grown up as a person and a player….ready to get a new step,” Puljujarvi said.

“[It] feels like they really want me to be there and help the team.”

Puljujarvi struggled to find a role over parts of three seasons with the team between 2016 and 2019 after being selected fourth overall in the 2016 draft.

But general manager Ken Holland says a series of conversations with the player convinced him to return.

“I think last year was a good year for him. He played in the Finnish league. He was in the top five in scoring. He played on the national team. He should feel good about himself,” said Holland.

But Holland also says there’s no guarantees and that the forward will have to earn his spot in the lineup.

With files from Adam Cook