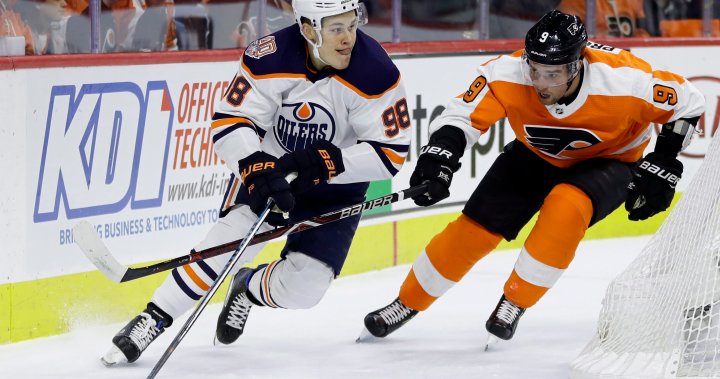 Jesse Puljujarvi says he’s ready to help the team he and his agent once said he would never play for again.

On Wednesday, Puljujarvi signed a two-year contract with the Edmonton Oilers. Puljujarvi, who had been a restricted free agent since the summer of 2019, is playing with Oulun Karpat in Finland and will join the Oilers once the next NHL season starts.

“One-and-a-half years here has got me more confidence. I’ve grown up as a person and a player a lot,” Puljujarvi said on a Zoom call from Helskinki Thursday morning. “I’m stronger and faster than I was a couple of years ago. It’s given me the opportunity to play better.”

During the 2019/20 season with Karpat, Puljujarvi had 24 goals and 29 assists for 53 points in 56 games. While he’s a top offensive player in Finland, he might find himself on the third line when he returns to Edmonton.

“I have to prove how good I am. If I’m on the third line, for sure, I can give what I can. Work hard, get good minutes and prove who I can be.”

Puljujarvi, 22, was drafted fourth overall in 2016 and was expected to be an offensive force for the Oilers. However, he has just 37 points in 139 NHL games.

He played under two head coaches — Todd McLellan and Ken Hitchcock — who often stapled him to the bench as games wore on.

Puljujarvi acknowledges he has to be a more rounded player.

“I want to improve not just the offence. I can do the PK and defence, too,” said Puljujarvi.

And what about his relationship with teammates who thought he wasn’t coming back?

“I think it’s going to be good. I don’t think I have any issues with those guys. I’m really excited to be back in the locker room there.”