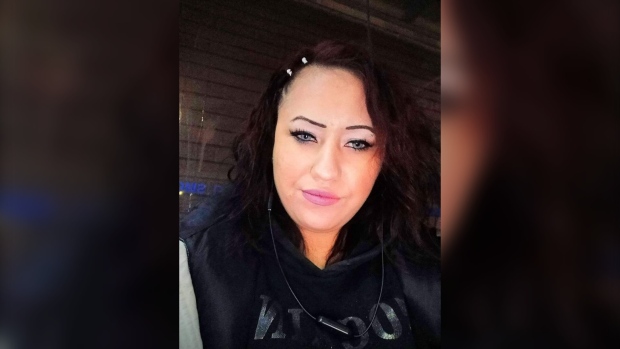 BATTLEFORD — Prosecuting 10 people charged with the murder of Tiki Laverdiere is likely one of the most complicated cases in Saskatchewan, says North Battleford Senior Crown Prosecutor Chris Browne.

From July 2019 to August 2020, the RCMP made arrests in Saskatchewan and Alberta for Laverdiere’s murder. Laverdiere, 25, from Edmonton, was reported missing on May 12, 2019, and her body was found in a rural area near North Battleford in June 2019. She was in Saskatchewan for a funeral.

“I would say it is one of the most complicated matters we had in the province, just the nature, the number of people involved makes it that,” said Browne outside of the court house Oct. 8.

A preliminary hearing for Jesse Sangster started on Sept. 28 and is expected to run until Oct. 16. Sangster is charged with first-degree murder, kidnapping, and improper interference with a human body.

Sangster appears in court each day wearing orange prison clothes and sits in the far corner of the enclosed prisoner’s box. Sometimes he leans forward as he watches witnesses testify. The evidence presented at the hearing, and the names of the witnesses, are protected under a publication ban. Ten witnesses have testified and another five will be called.

“The crown is calling the witnesses we think are necessary,” said Browne. “I can’t really comment on the nature of the evidence but we aren’t hearing unexpected evidence at this point.”

In August 2020, Browne objected after a defence lawyer for co-accused Charles St. Savard told the court that his client – who had previously planned to consent to go to trial at Court of Queen’s Bench – wanted to change his election to trial by judge and jury with a preliminary hearing. Browne told the court in that case he might consider proceeding by way of direct indictment against St. Savard.

Browne, however, didn’t say on Oct. 8 whether he would proceed by direct indictment against the other co-accused whose cases are still at the provincial court level.

“I can’t say. That will be up to the Minister (of Justice). The Minister makes the direct indictment decision. Obviously there are two other co-accused that are still in provincial court. All the other accused, other than Mr. Sangster, have consent committed to the Court of Queen’s Bench.”

Canada’s Criminal Code allows for a case to be sent directly to trial without a preliminary hearing. Direct indictment is only used in serious crimes and when it’s in the public interest. It can be used to avoid multiple proceedings where one person charged has been ordered to stand trial after a preliminary hearing and others are charged with the same offence.

In May 2020 Brent Checkosis and Mavis Quinn Takakenew were sentenced on charges of accessory after the fact to murder. Checkosis was given seven years and Takakenew was handed 18 months. The court ordered a ban on publication on their sentencing hearings until the trials of all the co-accused are finished.

Due to the COVID-19 pandemic, only seven people other than the sheriff are allowed in the gallery. Two seats are reserved for the Laverdiere family, two seats for Sangster’s family, one seat for a lawyer representing the co-accused, one seat for a Saskatoon RCMP officer from the Major Crimes Unit, and one seat for the media.

The pandemic, however, hasn’t affected the Crown’s case.

“Covid has just forced us to be a little more cognizant of which individuals we are calling in what order so we don’t have too many people standing around clogging up hallways, and managing people coming in and out of the correctional,” said Browne. “But all in all I think everybody understands the measures we are taking are necessary and for their safety so I think it’s gone fairly smoothly.”