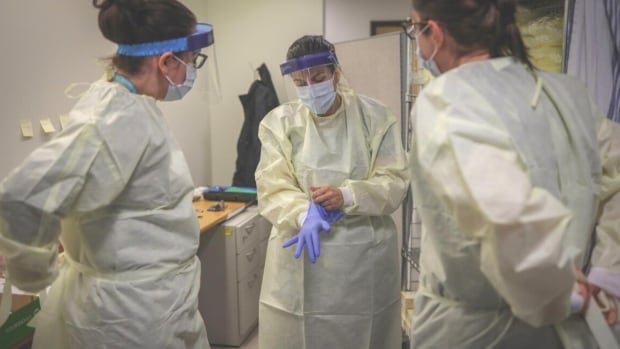 The union that represents registered nurses in  Alberta has rejected a proposal to delay collective bargaining negotiations to next year.

The United Nurses of Alberta (UNA) has declined the offer from Alberta Health Services to delay negotiations until March 31, 2021. It had proposed resuming talks next month but that suggestion was turned down by AHS.

A news release posted on the UNA’s website said an earlier start to negotiations is preferred because layoffs are still an issue between the two groups.

The collective agreement was originally set to expire at the end of March but the two groups have reached agreements to temporarily delay negotiations during the pandemic.

Those agreements included provisions to delay layoffs. The most recent AHS offer included and extension of that provision until March 31, but the union wants to postpone any layoffs until a new agreement is reached.

“I am extremely disappointed that the union leadership of the United Nurses of Alberta has rejected stability during a pandemic,” Finance Minister Travis Toews said in an emailed statement.

“AHS offered job security during the pandemic in exchange for a pause in negotiations until March 31, 2021. UNA had agreed to the same delay twice since the start and midway through the pandemic. It is regrettable that UNA’s union leadership has decided to play games in the media around this common sense offer to a pause bargaining.

“UNA’s overreaching and disingenuous demand for indefinite job security is a shameful effort to take advantage of a health crisis.”

The UNA’s negotiations committee plans to meet next week to discuss the situation.