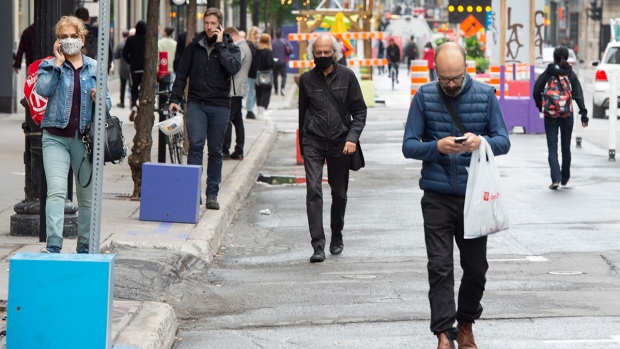 MONTREAL — Quebec reported another drop in new COVID-19 cases on Monday, with 843 new cases of the virus.

However, the province’s deaths jumped by 12 after several deaths from last week were counted belatedly.

Four people died of the virus in the last 24 hours, the province said in its daily update Monday. But it also added eight previous deaths that occurred between Oct. 5 and Oct. 10, which weren’t counted at the time.

The new numbers bring Quebec to a total count of people infected over the course of the pandemic to 86,976, and its total deaths to 5,965.

The number of hospitalizations increased by 20, bringing the cumulative total to 457. And three more people are in intensive care, for a total of 75.