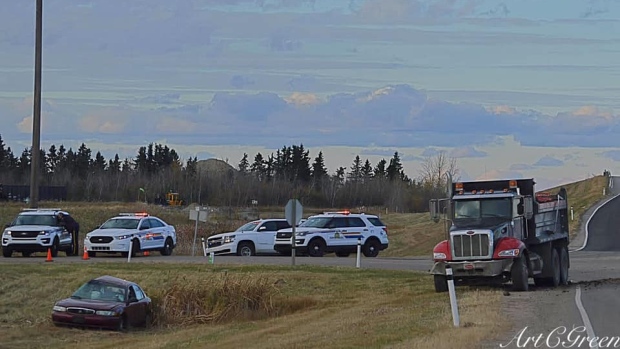 EDMONTON — One person is dead and another is in critical condition after a crash between a gravel truck and a car on Highway 21 Wednesday afternoon.

The crash happened at approximately 3:12 p.m. on Highway 21 near Township Road 534, according to an Alberta Health Services spokesperson.

Emergency crews responded to the collision. One person was prounounced dead at the scene, and a man was taken to hospital in Edmonton in critical condition.

Police have not released the identity of the person killed.

The southbound part of the highway is down to one lane near Township 534 while RCMP investigate the collision.

RCMP are asking drivers to use alternate routes for now.