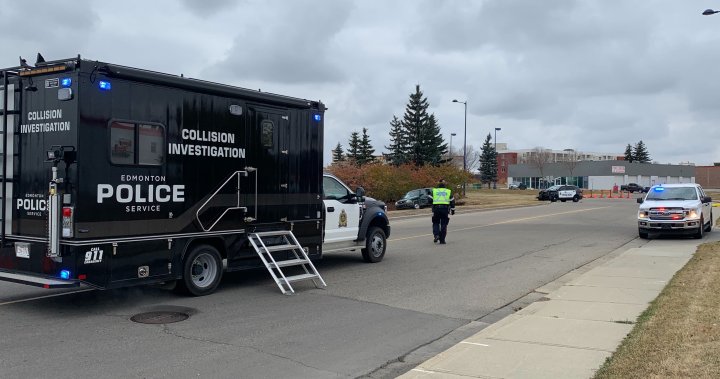 An Edmonton police cruiser was involved in a collision on Fort Road in northeast Edmonton on Sunday.

The crash happened on Fort Road near 137 Avenue, and a cruiser was spotted on the scene with heavy damage to its front.

Police told Global News that the crash involved the cruiser and a “civilian vehicle.”

Three adults and a child in the non-police vehicle were checked out by Emergency Medical Services on scene. Two police officers who were in the vehicle involved in the crash were also examined but no one was taken to hospital.

The Edmonton Police Service’s Major Collisions Section is investigating the crash due to the involvement of the police vehicle.