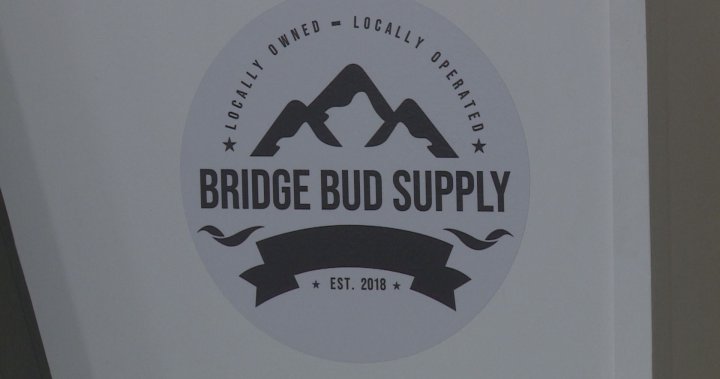 Canada became the second country to legalize the sale and consumption of marijuana on October 17th, 2018 — meaning Saturday marked the two-year anniversary of the industry.

In Lethbridge, the first licensed cannabis retailer to open its doors was a New Leaf Cannabis’s location in early November. Now, dozens of stores can be found around the city.

Chase Bennett, chief executive officer for the Bud Supply Group, says starting up their business was a gamble, not knowing what the new industry would bring, but hoping it would be a positive change.

Now, they have six locations across southern Alberta, with Bridge Bud Supply in Lethbridge being their most popular.

Bennett says sales continue to climb the longer they’re in business, and COVID-19 saw a spike in customers.

According to Statistics Canada, Canadians spent close to $650 million on non-medical, licensed cannabis in the second quarter of 2020. That’s up from $372 million one year prior.

“Each month is generally our best sales month, so we couldn’t be in a better scenario right now, and we’re very grateful for all of our customer support,” Bennett said.

“This is a great industry to work in, I find it’s such low stress day-to-day,” added chief commercial officer Blaine Emelson. “Our customers are great. We’re part of the community, we’re part of their daily routine, and dealing with these people on a daily basis, it really makes our life easy.”

Riley Kascak with Twenty Four Karat Cannabis says although the industry is still relatively young, it’s already different than it was two years ago.

“It’s changed so much,” he said. “Every month there’s always something kind of new with either the products, or just who’s kind of getting a little bit more interested. This past year with edibles, and topicals, and extracts being legalized, we’ve had a lot broader of selections.”

Kascak adds he’s seen the perception of recreational cannabis use shift as well, with new customers coming in on a regular basis.

“There’s always going to be a stigma on cannabis, but you know, there’s been such big improvements now that people are [getting] a lot more educated on the overall effects of cannabis,” Kascak said. “People are kind of willing to give it much more of a try.”

In terms of cost, Emelson says illegal cannabis was cheaper for some time, but those prices are changing as well.

“We’re seeing more and more people coming from the black market to the white market every single day, and as the industry gets more competitive, more producers come into the market, then prices are coming down,” Emelson explained.  “So now we’re right on par with black market prices.”

“Legalization just brought a really fantastic opportunity for us to be able to move into the recreational side of things and really just bring cannabis wellness to what we’re doing,” she said. “We’re very excited to diversity the farm, and be able to bring a wellness-focused product to southern Alberta.”

For longtime medical cannabis user Frank Straka, the ability to grow plants at home through the Cannabis Act has saved him a lot of money, and he has peace of mind knowing exactly where the product is coming from.

“We’ve always been organic in our foods, and I don’t see why I would not be organic with my medicine if I can possibly help it,” he said.

“It’s going to catch on more and more.”