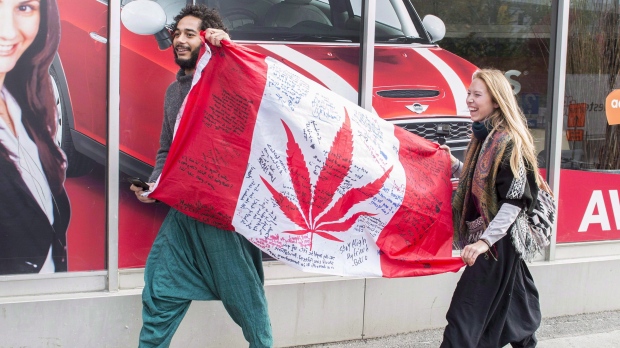 EDMONTON — On October 17 2018, people lined up to be among the first to buy cannabis legally in Canada.

“Definitely been an exciting journey,” Joshua Vera, president and founder of Elevate said.

Vera got his retail licence two weeks after legalization. He his store ready to go, but he had no cannabis to sell.

“There was a severe shortage, which for some retailers forced them to close their doors for a period of time.”

It took a month to get enough supply to open his doors for the first time. Fast forward two years, supply is no longer an issue, and he’s opened a second location.

“It was definitely frustrating at the start, but with any new industry, there’s going to be some growing pains so we took it in stride.”

Aurora was one of the first major cannabis companies to supply edibles to retailers.

From edibles to cannabis infused beverages, store owners are excited about the new products coming to market.

“To see the evolution from where we were two years ago to now, it’s been very exciting,” Vera said.

But what has been most rewarding for Vera, even after all this time, is the high number of first-time cannabis shoppers coming into his store.

“They’re just taken aback at how professional a retail setting in the cannabis industry can be,” he said.

“Two years later it’s still a very exciting industry to consider and be a part of.”