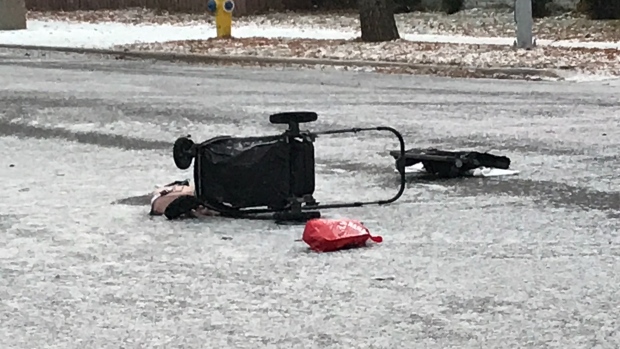 EDMONTON — A two-year-old child was sent to hospital after their stroller was hit by a vehicle Wednesday morning, police said.

It happened just after 8 a.m. at the intersection of 122 Avenue and 87 Street. An empty stroller was still on its side in the street just before 8:30 a.m.

According to police, the child was taken to the Stollery Children’s Hospital with non-life threatening injuries.

“The child was strapped into a car seat in the stroller,” EPS said in a written release. “This likely contributed to her survival.”

The woman pushing the stroller was not hit.

Police said charges against the 35-year-old driver are pending.