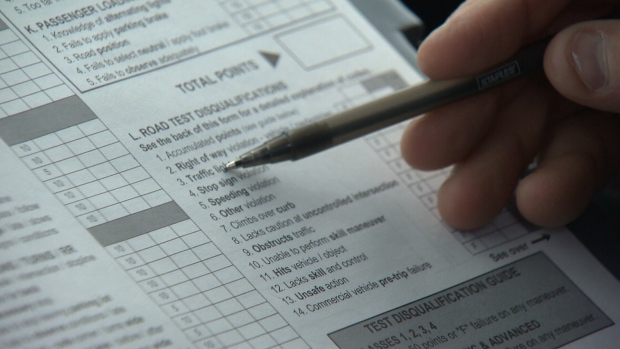 EDMONTON — In December, Albertans looking to earn their Class 4, 5 or 6 licence will be able to book a private test through their local registry agent for the New Year.

In an announcement Thursday, Transportation Minister Ric McIver said the transition from a public system would improve access to examiners, reducing the backlog of those waiting, and address previous complaints of fraud or inappropriate examiner behaviour through government oversight.

Come January, 85 per cent of road tests in the province will be done by private examiners.

“I know these changes will have significant impact on driver examiners who currently work for the government, but I want to assure all of the driver examiners and all Albertans these decisions were made with care and with caution,” McIver said.

Government-employed testers will continue to do Class 1, 2 and 3 tests for commercial truckers and bus drivers.

Craig Couillard, the president of the Association of Alberta Registry Agents, said his organization would be implementing a hub-and-spoke model in which agents in larger urban centres support more rural registries by supplying road tests.

He, too, promised the change would reduce wait times and improve customer experience.

Wait times will be reduced to a “reasonable” amount by the first quarter of next year, the minister estimated.

As of Oct. 22, there were 132 government and 56 contracted driver examiners available for road tests in Alberta.

According to McIver, the system’s backlog was caused by a shortage of examiners – he said there were less than 80 when the United Conservative Party took office – and was deepened further with the suspension of road tests March 19 to June 30 due to the pandemic.

“I have to say, it’s gonna be a little while before we can catch up because after 14 weeks of no tests plus the extra time for the sanitization and personal protective equipment, the challenge is going to remain with us for a little while longer,” he commented.