CALGARY — Calgary and Edmonton have always had a friendly rivalry when it comes to Labour Day Classics and Stanley Cup playoffs, but one of the deep, dark truths of that rivalry is that the capital city usually wins for scoring consumers a deal at the pumps.

Recently that gap has grown wider – with gas prices in Calgary October 21 around 1.05 while in Edmonton they’re  just over 90 cents – that has a few folks in Calgary wondering what’s going on.

People who fill up often in both cities know it’s a common trend but normally the price gap is just a few cents higher in Calgary – not 15 cents. 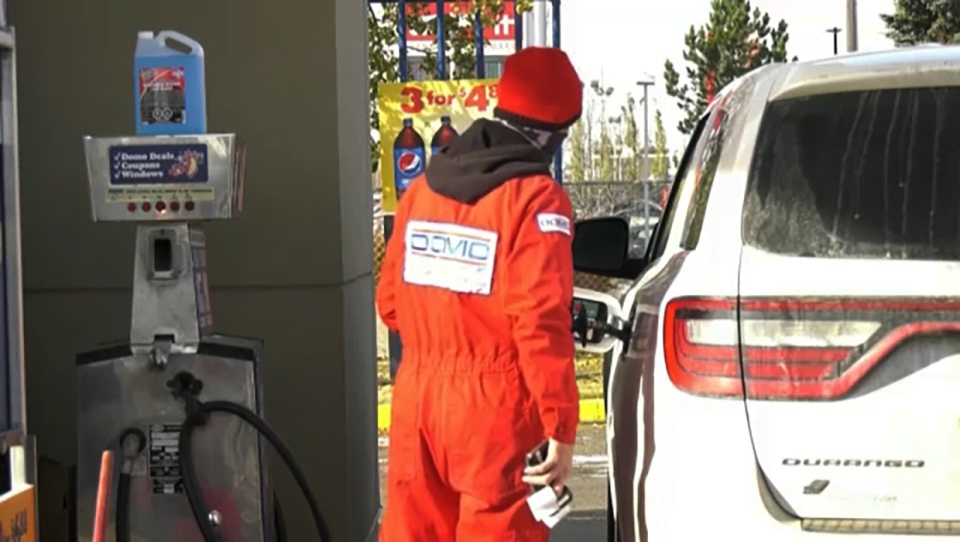 One gas analyst says that price differential is because Edmonton always gets about a three cent cheaper base price due to their proximity to refineries, but that doesn’t account for Edmonton’s recent low streak.

He adds that Calgary stations have been pricing a bit high but expects that to change by the end of the week in response to the drop in the U.S. market. At the same time Edmonton’s prices are expected to creep up.