EDMONTON — An Alberta toddler who made headlines earlier this year after she was hospitalized after swallowing a button battery is home and recovering.

Amélie Adolphe 18-months-old in May when she was rushed to hospital in Edmonton from her home in Red Deer after swallowing the battery. Her family realized something was wrong after she started bleeding.

“The chances of her surviving were so grim because so much damage had been caused. It had ruptured her esophagus, trachea, aorta and carotid left artery, and then she flat lined twice,” said Leslie Bangamba, Amelie’s mother, back in May. 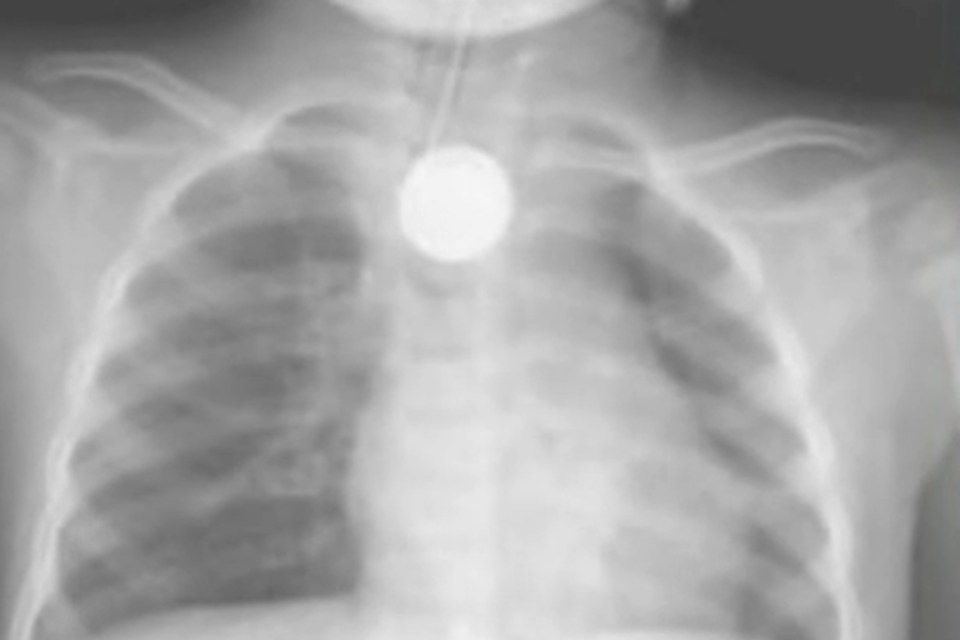 “The electrical current has gone out of that, is going continuously out of that battery and bores a hole into their esophagus and beyond,” said pediatrician Dr. Patrick Pierse after Adolphe was hospitalized.

She underwent multiple surgeries, and doctors were able to save her life.

She is now in brain and injury rehabilitation programs, and making progress every day.

The family plans to use some of the money to raise awareness about the danger of button batteries.