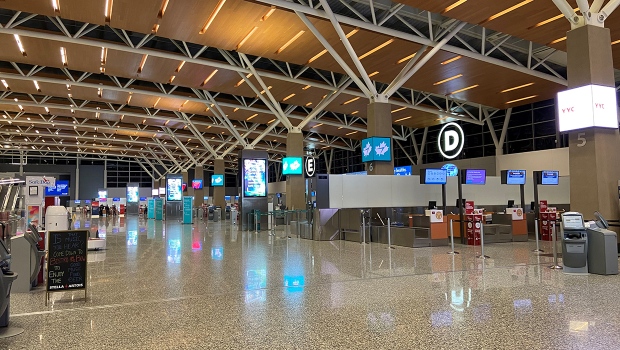 CALGARY — The Government of Alberta has launched a new “fee for service” COVID-19 testing option Monday for Albertans who are leaving the country for essential travel.

People who purchase the testing will receive their results 72 hours before their departure so they are able to provide proof they’ve tested negative when they arrive at their destination.

The tests, which cost $150, are being provided by Edmonton-based Dynalife Medical Labs. Appointments may be booked online through Dynalife Travel.

Other private companies like Ichor Services offer tests for a fee of $120 and a turnaround time on results that varies between 48 and 72 hours.

Premier Jason Kenney says this new initiative will help travellers get to where they’re going in safer ways while minimizing the risk of anyone transmitting or acquiring COVID-19.

“These new tests will support faster turnaround times for travel testing in Alberta,” said Kenney. “They’ll also allow Alberta Health Services to focus on testing symptomatic Albertans staying in the province, along with those who are involved in outbreaks with the close contact events.”

People entering Alberta from outside the country will be able to volunteer to get a rapid test once they arrive and will receive results as quickly as 48 hours.

If that test comes back negative, the traveller would then be able to leave quarantine but would be required to undergo a second test at a participating pharmacy six or seven days later.  Those that receive rapid tests are also required to stay in Alberta for a minimum of 14 days.

The Calgary International Airport has also been hit hard during the pandemic with a 68 per cent drop in passengers from 18 million in 2019 to a forecasted 5.8 million by the end of 2020.

If the rapid testing pilot project goes well, there are plans to expand the program to the Edmonton International Airport and other airports across the country.