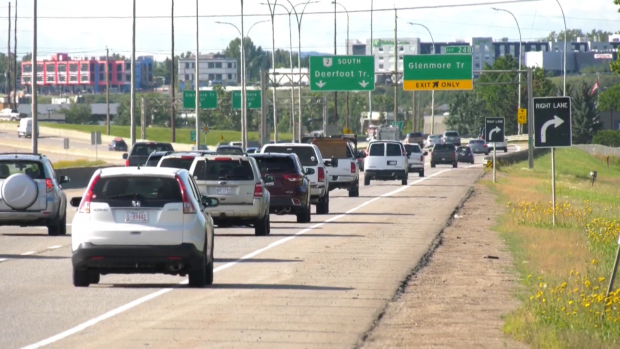 Finance Minister Travis Toews will table Bill 41 and present the findings and recommendations of a final report by the auto insurance advisory committee, which was first ordered at the beginning of 2020.

New numbers earlier in the year confirmed Alberta drivers were getting hit with higher insurance rates.

According to a new report from Lowest Rates, the average monthly cost of Alberta car insurance is up 24 per cent from the beginning of 2019 to the second quarter of 2020.

New data from the Insurance Bureau of Canada also places Alberta as having the third-highest average rate of insurance premiums with an average yearly premium of $1,316. British Columbia and Ontario rank first as both have seen yearly increases of $300 since 2015

The Alberta insurance industry has warned repeatedly that sharply rising payouts in recent years had put it in a financial squeeze. Those problems were exacerbated when a five per cent ceiling on rate hikes was imposed by the former NDP government two years ago.

The UCP lifted that cap in August of 2019, stating that the previous model just wasn’t working because some Albertans weren’t able to access certain non-mandatory coverages or payment plans. The move granted 27 insurers in the province the ability to implement rate hikes, ranging from one per cent all the way up to 30 per cent according to the Automobile Insurance Rate Board.

Alberta Finance officials have previously stressed that the board makes these decisions independent of the government and dependent on a driver’s record or the number of vehicles insured by any given firm. The board has since stressed that it expects the changes to work not only for insurers, but also for drivers who are having trouble getting the coverage they needed under the old rate cap.

The board also said more than 92 per cent of the insurers offering coverage for private vehicles asked for rate changes.

NDP Leader Rachel Notley has since called on the UCP to freeze auto insurance premiums until 2021, adding that if private companies can’t afford to cover drivers in Alberta then it’s time for public insurance.

Jon Carson, Opposition NDP critic on auto insurance, said the five per cent cap was reasonable, noting some firms in the latest report managed to keep their hikes to five per cent or less.

He urged the government to bring the cap back, adding that the UCP removed it last August without consultation. “Albertans are paying hundreds of dollars more in auto insurance alone and that’s very concerning.”