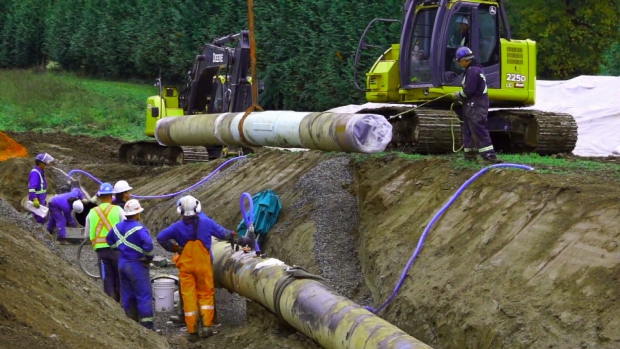 According to the research by the Canadian Center for Policy Alternatives, oil production forecasted by the Canadian Energy Regulator (CER) can easily be accommodated for the next decade with existing pipelines and without rail, the TMX or the Keystone XL Pipeline.

The report from the left-leaning think tank says the CER forecasts also don’t account for the impact on production and demand due to the pandemic.

The Liberal government bought the Trans Mountain project from Kinder Morgan in 2018 for about $4.4 billion, but the estimated cost ballooned to $12. 6 billion in February.

Ottawa has promised to invest millions annually from the project to cleaner sources of energy, but the report’s author, David Hughes, questions the evidence to support that type of revenue.

Hughes doubts Canadian oil will fetch a higher price and predicts it will sell at a loss of $4 to $6 per barrel.

Hughes writes, “The government’s claim that the TMX must be built in order to provide increase revenue to Canadian oil producer and $500 million per year to reduce emissions must be viewed with extreme skepticism.”

Hughes’ says the project will exacerbate Canada’s “emissions reduction problem”, writing emissions from the oil and gas sector are on track to exceed Canada’s emission targets by 81 per cent, even with a cap on oil sands emissions.

The report suggest Canada needs to reassess the Trans Mountain expansion project and instead come up with a viable energy strategy to meet the future of energy security needs and its emission reduction commitments.

The project is designed to triple the capacity of the existing pipeline between Edmonton and a shipping terminal in B.C. and don track to be complete by the end of 2022.

This summer, the federal government said the project has earned net income of $29 million from operating revenues of $778 million since it was purchased.