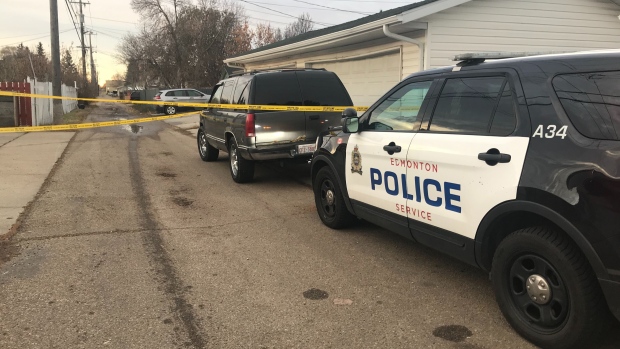 EDMONTON — Edmonton police are investigating three shootings that sent three people to hospital on Monday morning, one with critical injuries.

According to police, two men were shot in two separate home invasions in west Edmonton around 6 a.m.

The first, at 104 Avenue and 149 Street, left one man in critical condition.

The second home invasion, which police said happened minutes later, was at 102 Avenue and 163 Street. A man there was also shot and is in hospital in serious condition.

Walter Gamblin lives in the neighbourhood and said screaming, fighting and loud music are an ongoing problem.

“There’s always police over here,” Gamblin told CTV News Edmonton. “You get a little nervous sometimes just even going to take the garbage out.”

“I’m starting to get scared,” he added.

Another resident told CTV News that she has seen a lot of “rough characters” around since she moved to the area.

The third shooting happened in southwest Edmonton just after 8:30 a.m. Multiple shots were fired and a vehicle that fled the scene was later found on fire.

One man was sent to hospital with multiple gunshot wounds.

This victim is known to police and investigators believe it was a targeted attack.

“Gunplay at any point and time in the city is ridiculous, but we don’t think that anybody else that’s not involved in criminal activity is going to be targeted,” EPS Insp. Erik Johnson told CTV News.

Police are not saying whether or not the three incidents are connected.