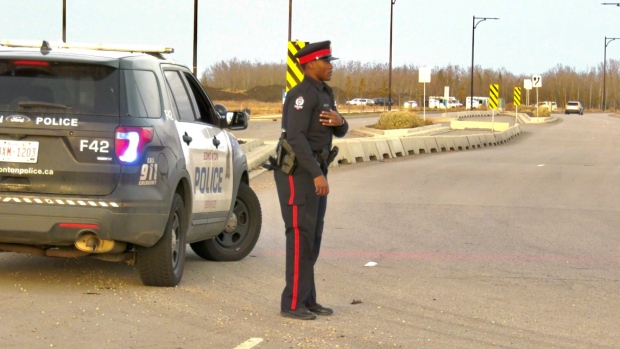 EDMONTON — Police officers negotiated with a youth who took a gun into the Edmonton Young Offender Centre Sunday.

EPS said officers responded at 3:46 p.m. to the centre which is just north of the Edmonton Remand Centre in the far northwest of the city.

The lockdown also appeared to affect the Remand.

Several ambulances and tactical vehicles could be seen staged near the correctional facility and a patrol officer closed access from 127 Street.

Staff trying to access the facility were also kept back, with several guards and medical employees in uniform staging on 127 Street.

Staff were allowed to enter just after 5 p.m., but the public was still be redirected.

This is a developing story. More information will be posted as it becomes available.