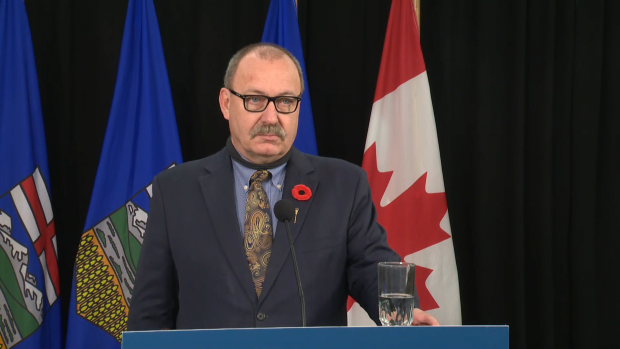 EDMONTON — The Alberta government has introduced legislation that would bring in tolls on roads and bridges, but just for new projects.

But he adds Alberta is facing a severe financial crunch and needs to find creative ways to finance critical infrastructure.

“User-financed construction will strengthen economic growth and competitiveness at a time when Albertans need it most,” McIver told a news conference Tuesday prior to introducing the bill in the legislature.

“This means faster commutes and less congestion while unleashing economic potential through speeding up commerce.”

McIver noted tolls are accepted ways to raise money in other jurisdictions, such as the Coquihalla Highway in British Columbia and Highway 407 in Toronto.

He said that under the bill the toll plan could only be used for new projects or expansions to existing ones. A toll could only go ahead if there remained a no-toll option for drivers not wanting to pay.

Revenue collected from the tolls would have to be used for the cost of the new road or bridge and the toll would disappear once the capital cost of the project was paid off.

The government could suspend the fee in case of emergencies, such as forest fires and other natural disasters.

There would also have to be local consultation before a project proceeded.

McIver said if the bill passes, the government will start with a Highway 697 bridge over the Peace River near the hamlet of La Crete, 500 kilometres northwest of Edmonton, to replace an existing ferry.

He said those who didn’t want to take the new bridge would still have the option of driving the long way around, which is an hour-and-a-half detour.

Premier Jason Kenney’s United Conservative government is looking for ways to save money and increase revenue. It projected a $6.8-billion deficit this year, but that is expected to balloon to more than $24 billion due to economic havoc from COVID-19.

The question of toll roads came up in early 2019, prior to the election that saw the UCP defeat Rachel Notley’s NDP and form a majority government.

This report by The Canadian Press was first published Nov. 3, 2020.