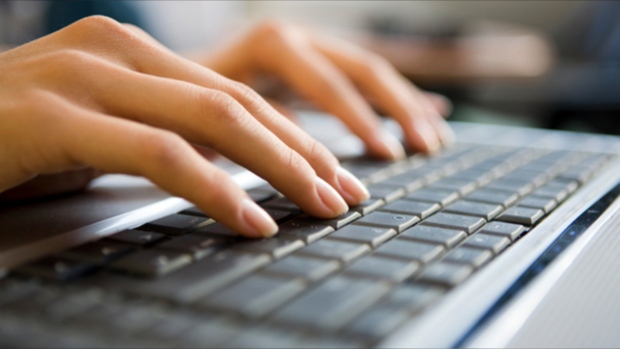 EDMONTON — Authorities believe the pandemic is behind an alarming increase in reports of child sexual abuse in Alberta, as people – both predators, and the children they target – spend more time online.

As Staff Sgt. Mike Zaparyniuk describes it, the Internet Child Exploitation Unit he’s in charge of in northern Alberta is “seeing cases in every corner of the province.”

The number of files his team handles – ranging from inappropriate conversations and requests for pictures to assaults – has risen every year for the past five years.

In Edmonton, the Zebra Child Protection Centre worked with 2,137 child victims in the first six months of 2020 – a 19 per cent increase over the same time period for last year.

Authorities attribute the rise not just to people spending more time on the internet, but also more children schooling from home, which is sometimes the less safe place and necessitates being online for school work. As well, they’ve seen predators expand the list of apps they use to look for victims.

“The information is there for a few seconds and then it’s gone, so predators prefer to use that because then the evidence disappears shortly after. But they use anything from Facebook to Instagram to Snapchat.”

The trend is similar in southern Alberta, where ICE investigators have counted 300 more files in 2020 so far than they did for all of 2019.

“While we all wish for this to not be something we have to deal with, we really welcome those reports because, again, it reiterates that not only that child or youth feel comfortable forward, but they’ve come forward to somebody who can then take the action and start an investigation,” she told CTV News Edmonton.The Zebra Centre’s Kim Clark, director of investigative partnerships and supports, sees one positive aspect to the climbing numbers.

TO START AN INVESTIGATION

If a conversation between an abuser and a child is sexual, that can be enough to open an investigation, Zaparyniuk said.

That’s often how it starts: with a predator striking up a seemingly innocent conversation, then eventually requesting or sharing illegal pictures, or even arranging to meet.

But there’s groundwork for families to lay earlier, officials say.

“If your kids are going to be on social media, it’s not a question of if, it’s a question of when they’re going to be approached. And when they’re approached, to know they and go to their parents or guardian to have an open conversation with them, to know that they haven’t done anything wrong, they’re the ones who are being preyed upon here and then to reach out to local law enforcement,” Zaparyniuk told CTV News Edmonton.

Officials say it’s important to have honest and clear conversations with children of the dangers of being online, and limiting and monitoring internet time can help.

“We’ve had numerous cases in the last few weeks here in Edmonton where it’s become a reality, so have that conversation with your kids and let them know that talking with strangers can be very dangerous,” Illner added.

There are also resources which families can look to for guidance, or help like the Zebra Centre offers: