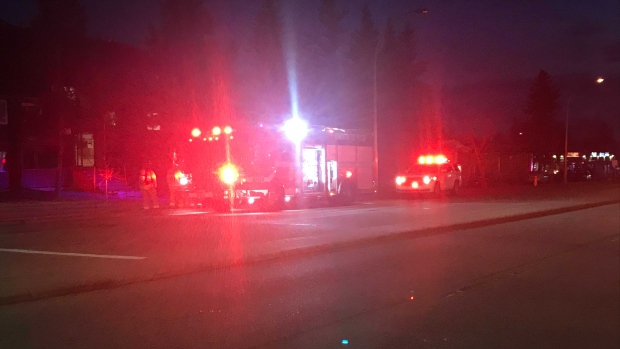 EDMONTON — Fire crews say they had to close part of Groat Road near 111 Avenue Tuesday night over concerns of a noxious gas in the area.

Fire crews were called to an apartment building in the area around 5 p.m. to what was initially reported as a gas leak.

Responders found a resident of the building had improperly mixed household cleaners and may have created a noxious gas.

The building was evacuated and nearby roads closed for over an hour.

Fire crews say one person was decontaminated and there were no injuries.

Residents have returned to their apartments and area roads have since reopened.