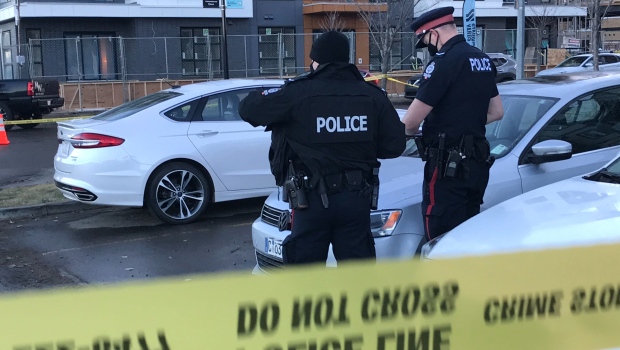 EDMONTON — Police are investigating after a shot was fired in downtown Edmonton on Wednesday morning.

According to witnesses, two people were arguing near 106 Avenue and 85 Street and a shot was fired.

The shooter fled in a black sedan before police arrived. There were no injuries.

The incident remains under investigation.

This is the fifth shooting in three days in the city.

EPS Chief Dale McFee will speak about the recent gun violence at 1 p.m.