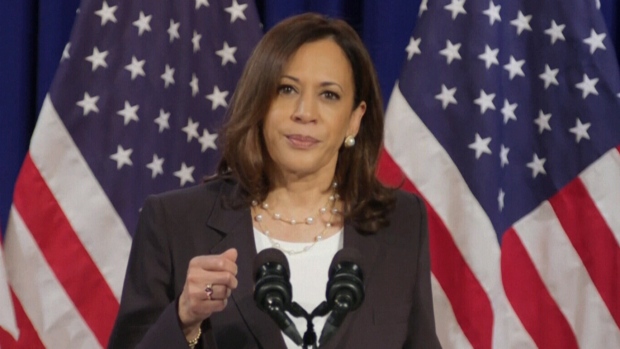 She made history as the first Black woman to become vice president.

The California senator will also become the highest-ranking woman ever to serve in government.

Born to an Indian mother and Jamaican father, she’ll also be the first person of South Asian descent elected as U.S. vice president.

“(An) Indian person reaching to this high level is definitely a proud moment for everybody,” Shailesh Jasani with the Alberta Gujarati Association told CTV News Edmonton.

He said family in Gujarat watched the American election because of Harris.

“It’s a little far, so probably they were not too much into this, but definitely they were watching the result and they were looking, ‘Hey, what is happening?’”

In her victory speech, Harris commented, “What a testament it is to Joe’s character that he had the audacity to break one of the most substantial barriers that exists in our country and select a woman as his vice president.”

She continued, “But while I may be the first woman in this office, I will not be the last.”

Harris told young people watching, “Dream with ambition, lead with conviction, and see yourselves in a way that others may not, simply because they’ve never seen it before.”

“Diversity is extremely important… Everybody brings something to the table.”

Harris and President-elect Joe Biden were declared the winners of the presidential race on Saturday by the Associated Press after the duo won 20 electoral votes in Biden’s native Pennsylvania. The win pushed him over the 270 electoral-vote threshold needed.

As of Sunday, vote counting continued in Alaska, Georgia and North Carolina.