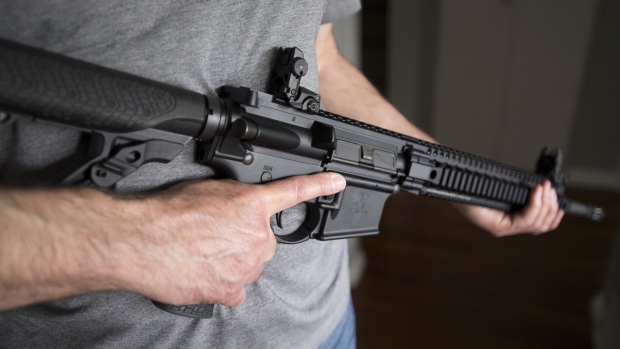 EDMONTON — The provincial government has launched its public consultation on federal changes to firearms ownership.

Albertans can participate by completing an online survey or by calling in to two town hall events on Nov. 17 and 23.

“Albertans must be heard, and these consultations will help Alberta’s government develop a responsible firearms-use policy that deters criminals without attacking law-abiding gun owners – and in turn free up the courts for serious matters,” Justice Minister Kaycee Madu said in a written release.

Prime Minister Justin Trudeau announced an immediate ban on 1,500 models and variants of certain assault-style weapons on May 1, 2020, that he said have been used in mass shootings in Canada and abroad.

The Alberta Firearms Advisory Committee was formed in June 2020 to provide recommendations on responding to gun violence while protecting the rights of gun owners in the province.

“This engagement will help the committee develop recommendations on how the province of Alberta can better assert itself in areas of provincial jurisdiction,” committee chair and MLA for Brooks-Medicine Hat Michaela Glasgo said. “Alberta’s long history of responsible firearms ownership by law-abiding citizens deserves respect; so do Albertans’ property rights.”

The November town halls will each accommodate 1,000 callers on a first-come, first-served basis. Participants must register online.

Once all of the feedback has been gathered, the committee will submit a report to the minister of justice and solicitor general.