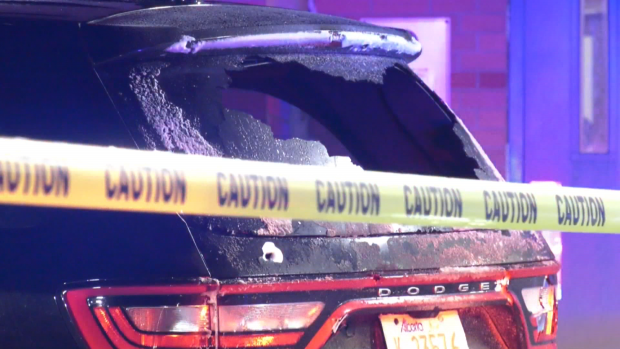 EDMONTON — Multiple gunshots were fired between two vehicles on Anthony Henday Drive on Sunday night, according to police.

A witness called police after seeing a person in one of the vehicles shoot at an SUV near 91 Street around 10:30 p.m..

Shortly after, the SUV showed up at Grey Nuns Hospital with an injured person inside.

A 22-year-old man needed to be treated for multiple gunshot wounds. He is expected to survive.

The SUV has multiple bullet holes and shattered windows.

Police are investigating the shooting.

The city is experience a trend in gun violence this year, according to Edmonton Police Service Chief Dale McFee.