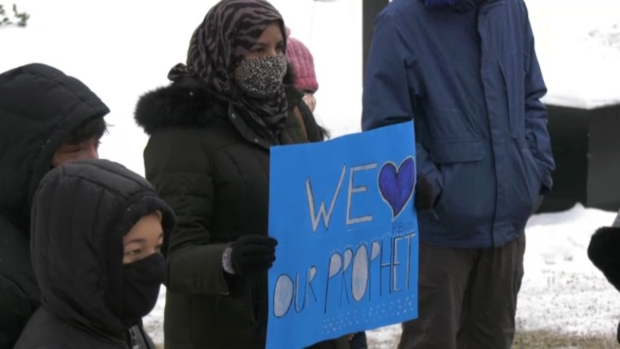 EDMONTON — A rally was held on the Alberta legislature grounds on Sunday to raise awareness about racial unrest in France.

About 50 people attended the rally.

It was hoped the protest and march would get Muslims and non-Muslims to unite and stand up against all forms of Islamophobia.

“The Prophet Muhammad, we love him more than we love ourselves, and so his honour is our honour, and so when someone is questioning the honour of the prophet it comes on us,” said organizer Rayanne Elkhatib. “So the French government also tried to portray him in pictures and videos and stuff and that is something that is not acceptable to us.”

French President Emmanual Macron has defended the right of newspapers to draw caricatures of the Prophet Muhammad, after three people were killed in the city of Nice, in what Macron called an Islamist terror attack.