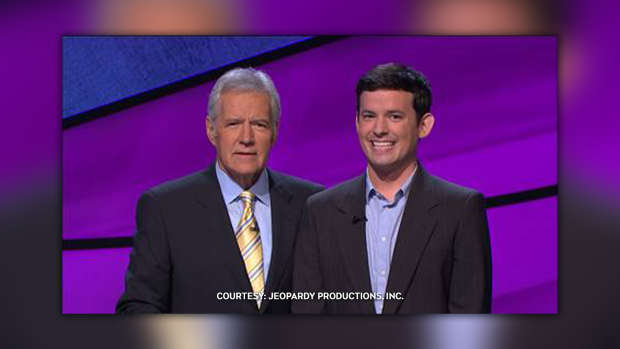 EDMONTON — An Edmonton man remembers his time on “Jeopardy!” with the late Alex Trebek as a chance to fulfill his “biggest lifetime dream.”

“I was brought to tears on Sunday morning. It was as if a close relative had passed away,” two-time contestant Matthew Church said, recalling the moment he heard the gameshow’s host of 36 years had died from pancreatic cancer.

“Alex Trebek is someone who’s been a part of my life for maybe 25 years or so.”

It was “pretty stressful.”

“They have someone come by during the commercial breaks to wipe the sweat from your face. But seeing Alex there was definitely a calming experience.”

Church was on three episodes of the show and won US$31,000, but he said the real prize was being able to meet the Canadian icon.

“He was asking me about growing up in Prince George, B.C. I was living in Ontario at the time, so I remember he was asking me if I’d been to his hometown of Sudbury.”

U.S. federal law doesn’t allow gameshow hosts to interact with contestants outside of gameplay, but Church said he and other contestants chatted with Trebek as the credits rolled.

“I think Alex’s trademark thing, especially when there were Canadians on the show, is to poke fun at you if you’ve gotten a question wrong that he feels you really should have known,” said Church.

“In my case it was… maybe my French knowledge could have been a bit better. He’s probably the only person who can tell you you’ve got the answer wrong with such tact and grace.”

Trebek was well-known for his Canadian roots, something that gave Church, and many others, a sense of camaraderie with the host.

“I think this will still be my life’s greatest achievement, at least for the foreseeable future, and I’m really grateful to the “Jeopardy!” family and Alex Trebek for having me come along for the ride.”

The last episode he hosted, which was filmed just days before his death, will air December 2020.