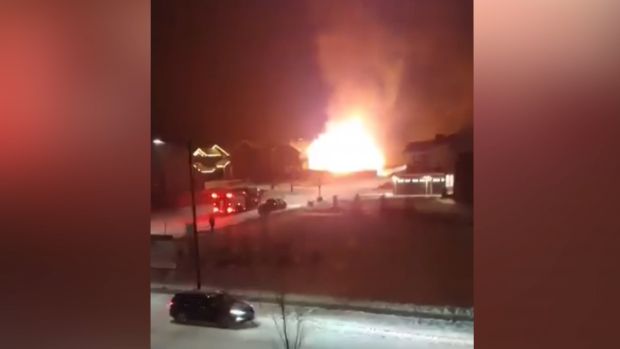 EDMONTON — A home under construction in southwest Edmonton went up in flames Monday night.

Edmonton Fire Rescue Services received a number of calls about a fire on Crawford Drive around 10:45 p.m. Nine units responded and the fire was under control within 20 minutes and out just after midnight.

According to EFRS, the home was a complete loss.

Exterior siding and window were damages on three neighbouring homes.

No one was living in the house and there were no injuries.

The cause of the fire is under investigation.