EDMONTON — The 100th Remembrance Day ceremony hosted at the Beverly Cenotaph in Edmonton looked like it never did before.

“Even though it is different this year, it is so important to observe this day. We know this is not what we pictured or what we expected for this year’s event. All we know, it is important for us to remember together, even when we can’t be together,” Joe Luce, chair of the Beverly Memorial Cenotaph Community, said during the beginning of the ceremony.

“2020 will be something for us to all look back and remember: the sacrifices we all… are doing for the greater good.” 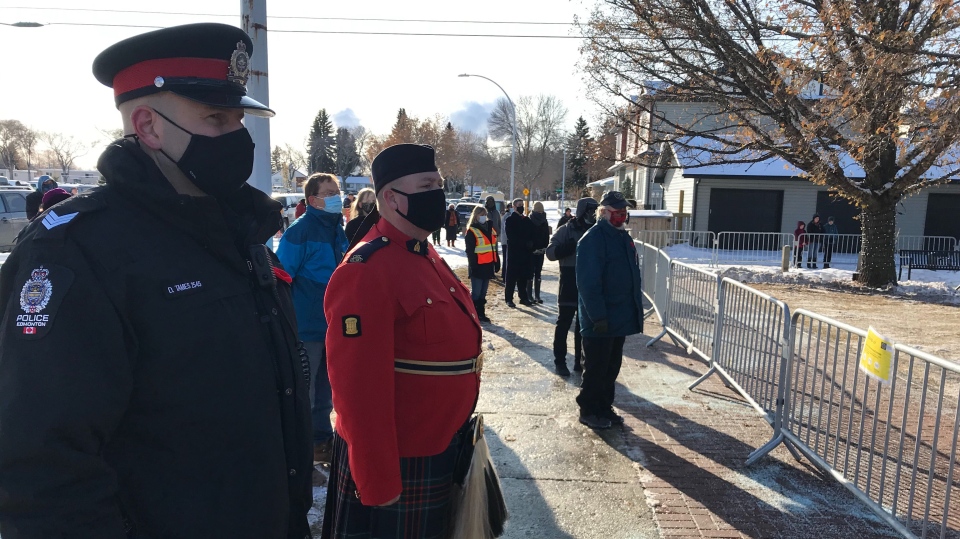 When the cenotaph was dedicated in 1920, Beverly was a community of about 1,000 people.

Even so, the town sent 170 men in the First World War.

Less than two years after the war ended, the cenotaph was the first in the province dedicated.

“The trauma of the First World War was so fresh in the minds of the members of the Beverly Veterans Institute, and their servicemen and citizens who gathered here 100 years ago,” Luca, a Canadian Armed Forces vet, said of that day.

“Those who survived returned home with determination to build a better community, to never forget the sacrifices of their fallen comrades. We continue this event to honour them. Lest we forget.”

The names of the 28 killed in the First World War were read before attendees observed two minutes of silence.

Then, Squadron 408, a unit of Griffon tactical helicopters that is part of 1 Wing, Kingston, based at CFB Edmonton, flew over the cenotaph. 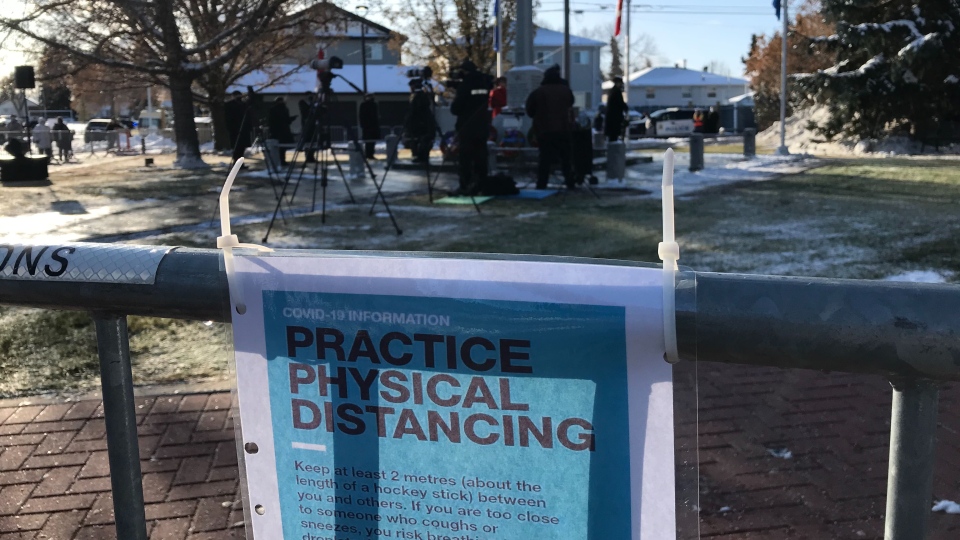 A wreath will be left out for people to visit or take pictures with for one week.

The Beverly community was annexed by the City of Edmonton in 1961.