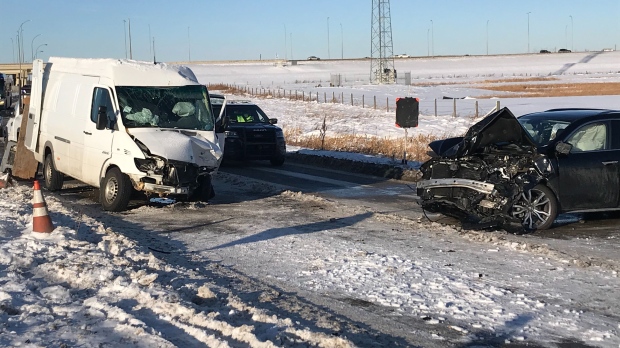 EDMONTON — A four-year-old is in hospital as a precaution after a head-on collision in south Edmonton Wednesday.

Icy road conditions are believed to be a factor in the crash between a van and an Acura, police said.

The drivers of both vehicles have minor injuries, and a four-year-old was taken to hospital as a precaution.

Police said drivers should avoid the area on Parsons Road between 13 Avenue and Ellwood Drive near the Walmart Supercentre while Major Collision investigators are on scene.

Edmonton Police Service is reminding drivers to drive to the conditions, as the recent snowfall has made roads icy.