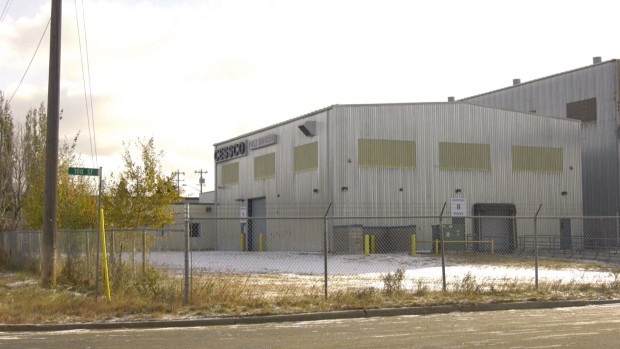 EDMONTON — A new temporary homeless shelter in the Ritchie neighbourhood is causing some controversy in the community.

During an online town hall held by the Ritchie Community League on Tuesday, some residents complained that there wasn’t enough consultation done before the Mustard Seed-operated shelter opened in a CESSCO warehouse earlier this month.

One concern expressed was that the shelter might have an impact on crime numbers in the area.

“It would be very naive, I believe, for anyone to think that things don’t bleed over,” Ritchie resident Cecilia Woo told the community league during the meeting.

“They’re free individuals, free to leave the shelter. They can go out into the community and the closest playground is across the street,” she said.

Mustard Seed officials listened to residents’ concerns and acknowledged that the situation could have been handled better.

“Our communication with you should have occurred way sooner than it did,” the Mustard Seed’s Dean Juweit said during the meeting. “It did not and we are sorry for that.”

The shelter was set up in a former engineering and manufacturing warehouse owned by Edmonton company CESSCO.

With nearly 10,000 square feet, the warehouse at 99 Street and 75 Avenue can accommodate up to 120 people while maintaining physical distancing.

The Mustard Seed’s special events permit needed to run the shelter expires in May.