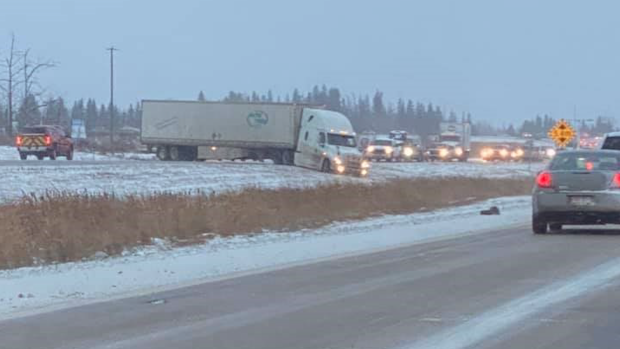 EDMONTON — Parkland RCMP were at the scene of a serious collision involving multiple vehicles west of Edmonton Tuesday evening.

Highway 16 eastbound from Century Road was “currently impassable and driving conditions are poor,” as of 5 p.m. Mounties said.

A semi-truck appeared to be jackknifed on Highway 16, according to drivers in the area.

RCMP were asking the public to avoid the area.

There were no details on any injuries.

Police were expected to give an update once the scene was cleared.