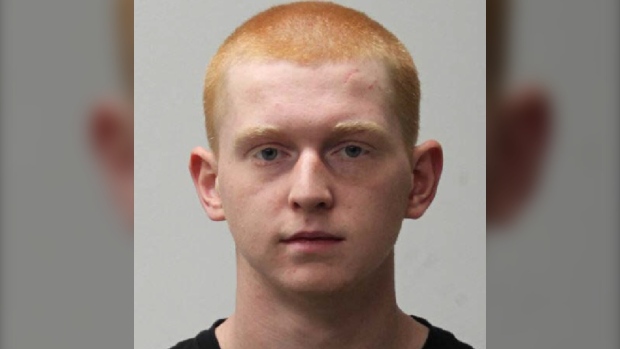 EDMONTON — Mounties are appealing to the public for help in locating a man wanted in the October 2019 death of a Grande Prairie man.

Adam Pearson, 26, is charged with first-degree murder and wanted in connection with the death of Cody Michaloski whose body was found in an apartment on Oct. 13, 2019.

One man, 25-year-old Benjamin Pearson, was arrested in Kelowna and also charged with first-degree murder.

Police say Pearson may go by the nickname “Red” and has ties to the Toronto area as well as to Alberta and British Columbia. Investigators say he may have tried to alter his appearance, including dying his hair.

He’s described as being five feet, nine inches tall and weighs about 165 pounds with red hair and blue eyes.

Mounties say not to approach Pearson but to contact Grande Prairie RCMP or local police if you know of his whereabouts.