It’s been almost eight decades since he served in the Second World War.

“It was a necessity because we were fighting an enemy which we said was not right,” said Lamb, who was a proud member of the Royal Canadian Air Force as a wireless operator and air gunner.

“That’s the one who operates the guns on the back of the aircraft,” he explained.

“We flew over the Irish Sea and ships were coming in from the Americas and we were flying just ahead of the ship doing a figure eight looking for submarines because we had a bomb that we could drop.” 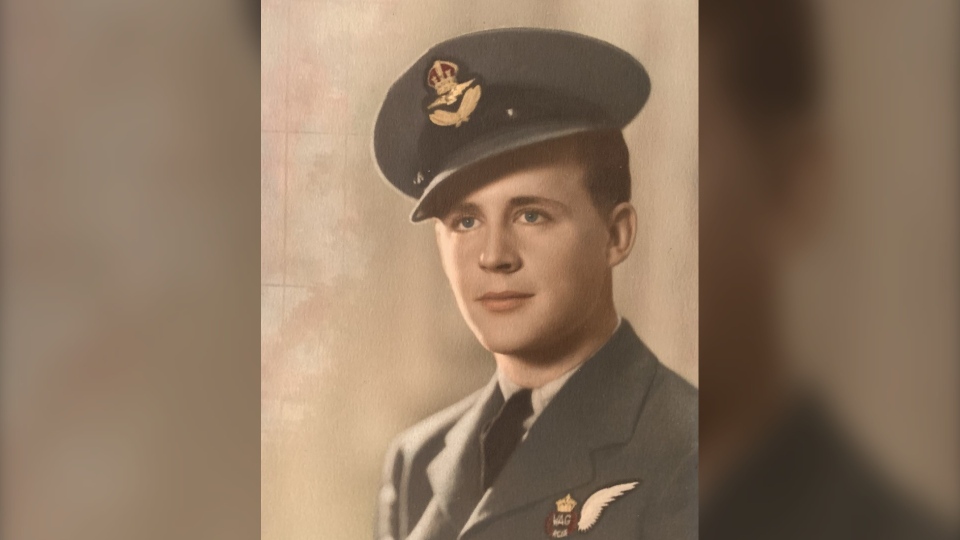 Lamb married in 1942 while stationed in Vancouver, eventually starting a family.

“I feel very honoured to have a father that fought in the war for freedom and it’s a privilege to be his daughter,” said Donna Gail Miller.

While the global pandemic has pared down ceremonies across the country, the 98-year-old veteran won’t forget about those who made the ultimate sacrifice. Nor will he forget his role in fighting for his great country.

“I’m a Canadian. What do Canadian people do?” asks Lamb. “They should honour their nation.”