EDMONTON — Corey Saban spends hours upon hours in his garage, where he takes recycled plastics and turns them into everyday items.

“We were able to turn this Miss Vickie’s bag into an awesome lunch bag for the kids,” Saban told CTV News Edmonton.

He started when the pandemic hit, and he started small. “This is a common griddle that you’d find in a kitchen in a lot of different households and your typical iron.” 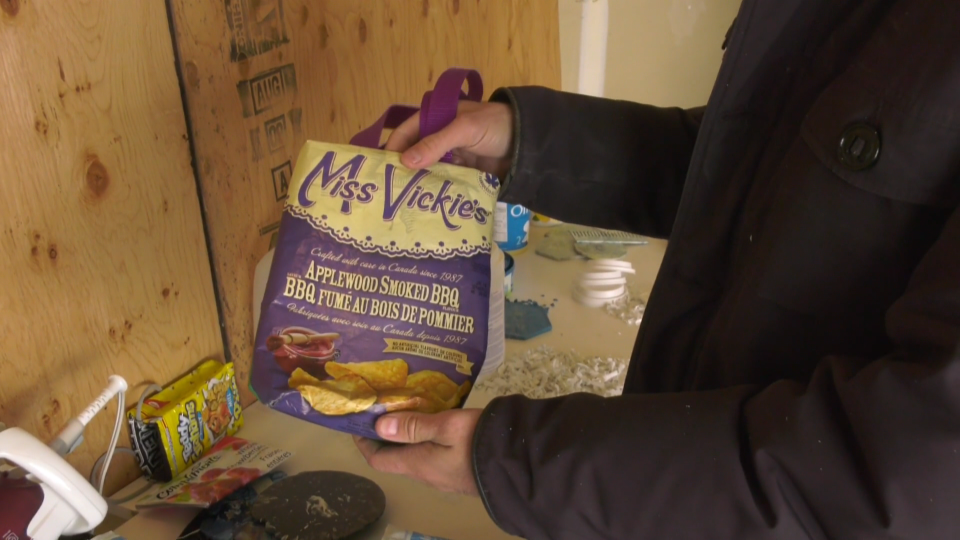 So he began melting down normally discarded plastic to repurpose it and keep it out of city landfills.

Saban, who eventually started a small company called [Re] Waste, took his idea to Goodwill. And a partnership was born.

“Plastics that didn’t sell in our retail stores after a four-week rotation, those items they don’t go to the landfill,” says Mortimer Capriles, Goodwill’s Director of sustainability and innovation.

Instead, those items end up in Goodwill’s plastic granulator and eventually into Corey’s garage. It’s part of a pilot project where he turns Goodwill’s recycled plastic into hexagon-shaped tiles that the Goodwill Impact Centre uses to protect their interior walls from busy buggy traffic.

And he wasn’t done there. Saban recently pitched his “circular economy” model to the mayor of Beaumont, John Stewart, which led to another project slated to begin later this month.

The plan is to collect plastic waste from 100 Beaumont residents over a three-week period to determine the average volume of plastic per household, then decide if the city can efficiently handle it to repurpose the plastic into 100 per cent recycled products.

But for now, Saban will continue working in his garage, doing his part for the environment while making all those late night hours worth his time.

“I’m sure my wife would love me to work on cars a little bit more or something that isn’t as hoarded as plastic,” laughed Saban, “but that’s the passion right now.”