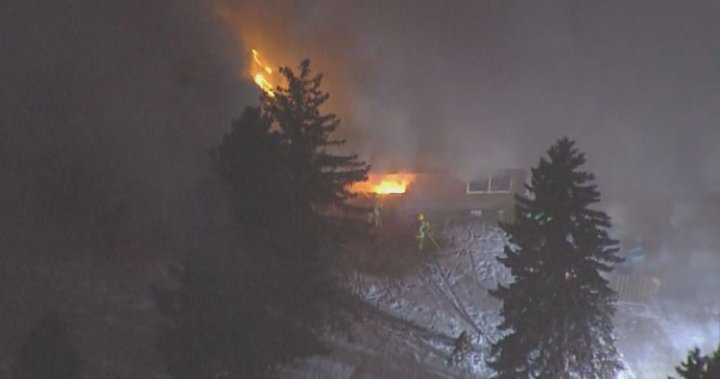 Fire crews from Parkland County were called to Range Road 264, south of Highway 16, around 5:50 p.m.

“(Our) hearts go out to family and friends who’ve lost a loved one tonight,” Cornforth said from the scene. “It’s certainly hard on all of our crews and we recognize the loss for that family.”

READ MORE: Home destroyed after reportedly being hit by lightning near Devon in Parkland County

Crews from Spruce Grove and Stony Plain, and AHS ambulances, also attended the scene to help.

“(The) fire was under control within about 20 minutes of arrival. It was fairly advanced because it was a rural residence, so there was some time in accessing the fire,” Cornforth said. “Crews set up a good water supply right away.”

One firefighter was injured and brought to hospital with a minor injury.

Cornforth said fire investigators will be on scene Monday, trying to determine a cause of the fire.

“We don’t have any information on what started the fire and it’ll take some time for the fire investigators to go through the structure and get witness statements, these types of things,” he said.